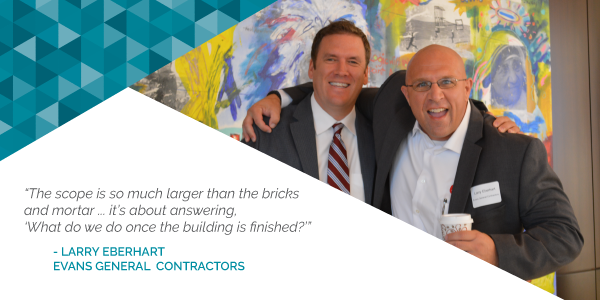 Company salesman Larry Eberhart worked from a home office in Michigan until the company won enough business in the United States to establish a production facility. Alongside the company CEO and a consultant, Eberhart participated in a multi-year site selection and ramp up process that culminated in Feuer opening a $140 million production facility in Tunica County, Mississippi in 2016.

Today, Eberhart draws on that experience for his role as Business Development Manager, North America for Evans General Contractors.

The firm has three American offices – Atlanta, Greenville, and Savannah – and one in Friedrichshafen, Germany, that offer design/build and general contracting services to a variety of clients including manufacturing, warehouse and distribution, and they specialize in helping overseas firms looking to invest in the U.S. for the first time.

“The scope is much larger than the bricks and mortar of the building,” Eberhart adds. “It’s about answering, ‘What do we do once the building is finished?’”